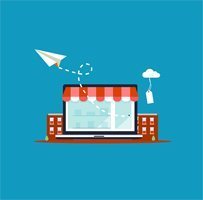 Discount variety store Kaufland is coming to Australia and is set to open its first store in Adelaide.

The German supermarket is preparing to open stores across Australia, starting with with the Forrestville site on Adelaide’s Anzac Highway. Plans out for consultation through the State Planning Commissions reveal a $35 million project, which includes an undercroft car park and 8 smaller tenancies. Kaufland purchased the 3.6-hectare property in October 2017 and has applied to build a combined discount and variety store on 60% of the site.

Kaufland’s owners, the Schwarz Group, have also purchased a former Bunnings site in Victoria for $16.4 million.

The company declared in March 2017 that it is ‘coming to Australia’ and has since launched a high-level recruitment drive, advertising for a number of corporate positions on its Australian website. Mark Hewlett, former National Head of Operations at Woolworths, has been confirmed as Kaufland Australia’s Chief Operating Officer.

Retail experts say that Aldi’s prominence in Australia has introduced shoppers to the German discount store format, making Kaufland’s launch easy for shoppers to get used to. The company’s launch is expected to benefit shoppers, particularly those living in areas where there are a high number of choices available.

The Schwarz Group is the fourth-largest retailer in the world by revenue, owning and operating Kaufland and Lidl brands.

Kaufland has over 1200 locations across Europe, with hypermarkets up to 20, 000 sqm –  four times as large as Coles and Woolworths supermarkets in Australia.

While an official opening date for Kaufland Australia is yet to be announced, retails experts have suggested that the supermarket giant’s first store may open before the end of 2018.