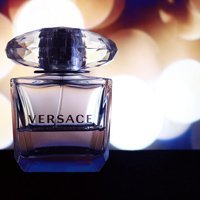 According to a recent report by Italian newspaper, the fashion brand Versace is on the verge of announcing its sale to an American company for 2 billion euros ($2.4 billion). Later it was reported that fashion group Michael Kors is the buyer, the same buyer who bought high-end shoemaker Jimmy Choo for $1.35 billion.

There are no comments by Versace on this whole news yet. However, looking at some recent acquisitions by michael Kros, it is not hard to guess that this fashion group is planning to go for a house of luxury brands.

The Kors brand may have a lot of work to do in the form of branding and PR. Recent the group had a negative branding problem when it broadly distributed its products to stores which heavily discounted its goods. The group is now working on controlling the overall distribution and discounting.

“We believe that some of the work required on Versace, which includes toning down some of the brasher elements of the brand which are now out of step with the more subtle tone preferred by modern consumers, are precisely the issues with which Michael Kors has struggled and is yet to satisfactorily resolve,” wrote Saunders in a report.

Best Ways to Get Discounts and Coupons in Australia

Kaufland to open stores across  Australia

Why Online Shopping is Your Best Bet During Coronavirus Crisis