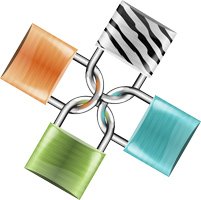 Target Australia is struggling to keep its stores profitable around the country leading to 20 per cent loss of stores in coming years.

This is a tough time for Australia bricks and mortar retail. The rise in e-commerce has created an issue for some of the retail shop owners who only rely on

traffic to their bricks and mortar store.

Over the next 5 yrs, Target Australia will start to close down stores. Overall it will decrease its 305 locations by 20 per cent. Around dozens of stores will be lost in coming years.

Target’s had to suffer $195 million loss in 2016 and since then the company has been trying to re-create the brand image and store designs. Desperate times, desperate measures.

Speaking to investors, Russo said: “We’re not going to go after size any more, and we’ll just be a nice new boutique retailer that plays in mid-tier, and I’d like to make sure it’s a profitable mid-tier business,” Russo also stated that some Target locations could be converted to Kmart stores in some cases. Staff facing job losses may also be moved to Wesfamers’ other businesses, including Officeworks. ‘H&M , Zara and Uniqlo are the things we’re going after,’ Mr Russo said, adding that half the stores had been ‘operating at a loss for the past two financial years.

The news of course came as a shock to all the employees who work at Target stores around the country. Those who are losing the jobs will have to go look for another retail jobs but those who are working on Target stores currently are also very uncertain about their future. If their store close down then they may have to go looking for another job too.

Seafood Secrets; tips on how to buy, store and eat our ocean’s catch!

Best Ways to Get Discounts and Coupons in Australia

According to new data, pre-Omicron retail sales in Australia were at an all-time high.

Future of Brick and mortar retail stores in Australia (2019 update)